The museum is housed in the former Police Station and Courthouse buildings. The police station and senior police officer’s residence was built in 1858, with the Courthouse, Cells and Stable being completed by 1867.

The museum features several rooms set out in a Victorian era style, displays on the district's first settlers, a room reflecting changes in health care over the years, and a room with stories and artefacts from World Wars I and II.

Displays in the courtroom focus upon the lives of the original inhabitants, and early Strathalbyn life including a display on Bell’s store and its founder David Bell. Wander the halls of the old police station and court rooms and get taken back in time with the sights & sounds from a bygone era.

From the courtyard you can access the original jail cells, or just sit and relax for a while. The back yard is a treasure trove of stories and artefacts from the district's rich agricultural, commercial and industrial past, and is well worth viewing.

Come and see the Solar Flare bike that Strathalbyn students from Eastern Fleurieu School built, then used to win 3 world races in 2001/02.

On Display At Our Museum

A fully restored & working engine (from the old Ice Works). Made in Stamford, England 1913.

Objects from both World Wars

Display with C.F.S vehicles, large range of equipment, plus more...

A collection dating back to the early days of transportation in the district.

Including a collection of many blacksmith’s tools and a working forge, from Job Allen's & H.W.Hopkins workshops.

Plus a huge hand-hewn wooden thresher and many video & audio displays.

Plus a lot more!

Come in for a virtual tour of our Musuem

Some of our collections 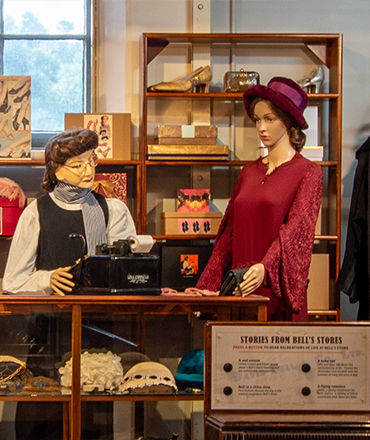 Example of a David Bell's store 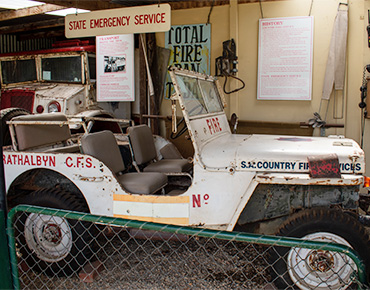 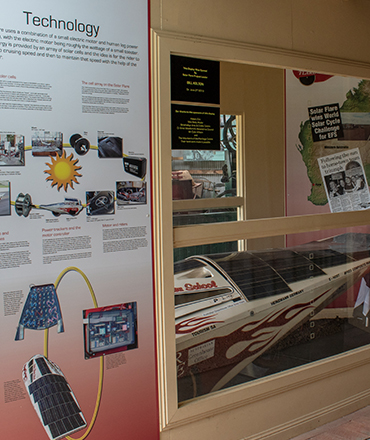 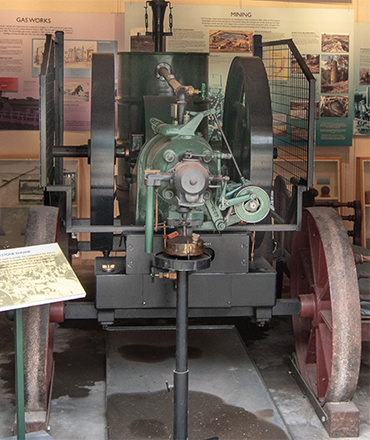 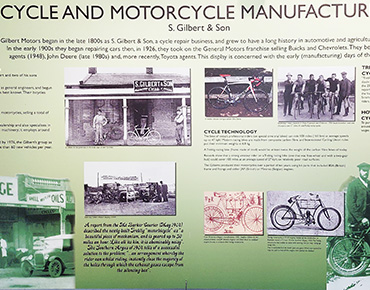 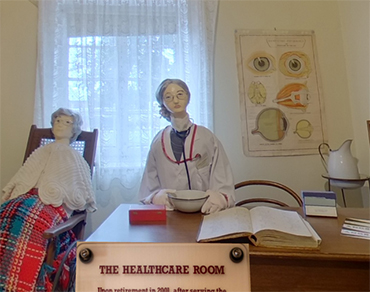 Good worth to visit

Good informative displays, worth a visit to learn history of Strathalbyn , it is awesome.

Recommend to visit. Each room is dedicated to different themes. A must see.

A branch of the National Trust of SA was formed in 1967 with the aim to preserve and display the history of Strathalbyn and district. The former Police Station and Court House became available to display this history, and the museum was created and opened to the public in 1974.

The museum is a self-funded, volunteer based, not for profit organisation.
Volunteers are always welcome.